Starting with version 1.0.10, BG Renderer Max installs a new engine along with the old one. We call it the Core Engine.

Core Engine is an entirely new engine created from grounds up and fixing legacy issues. It gives us better flexibility for scaling and network features. On the user side, nothing has changed except for the new features.

Features exclusive to the Core Engine:

There is a small circle in the lower right corner of the interface.

This is an indicator of the new engine state. Green stands for a correctly running engine. 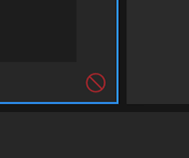 The red circle indicates that there are issues with the engine, or it is not running.
You generally see red circle after you've stopped the render, while the previous instance is killed, and the new one has not yet been spawn.

BG Renderer Max will try to restart the engine and fix the issue, but if the red circle doesn't disappear, open Activity Monitor and force quit BGRendererMax process.

If anything is wrong with the engine, report us directly on Facebook .